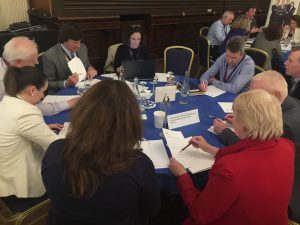 The topic of ‘The(r)Evolution of Performance Management to unleash Organisation & Individual Potential’ generated a lot of animated discussion. People felt there is a lot of dissatisfaction on the “rating” system – This came up again and again.  Other comments included: